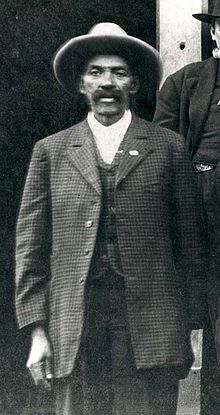 Some children are raised by parents involved with drugs (use and/or dealing), alcohol abuse, and sexual immorality.  These parents reject and despise the Authority of Law, and that attitude and lifestyle often gets passed on to the children.

When a child becomes “of age” where they are taking control of their own life, they are faced with three roads to travel on:

Unfortunately, some children are influenced by a culture of friends and family that reject Authority, and choose to break the Law.  These ongoing influences make it very difficult for the child to embrace what’s right.  And by this, I view God to be the ultimate Authority – He is who defines right and wrong.

One of my sons was adopted.  His early years were growing up in a family that despises the Authority of Law, and that attitude and lifestyle were heavy influences, in addition to the friends he picked (who grew up in families like he was born into).

After some years, that boy became “of age” and unfortunately decided to model his life after his birth parents and friends from broken families like his.  After months of disobedience in my home, where he rejected our home rules, he began breaking city laws.  After more months of counseling and repercussions from law-breaking,  I called the police to intervene in his behavior, because my son would not obey me.  When this happened, he said, “Who does that?”

I know many caring parents have been down this path with their kids.  So I want to share someone “who does that”.  Bass Reeves…

Reeves had to arrest his own son for murder; Benjamin “Bennie” Reeves was charged with the murder of his own wife. Despite being disturbed and deeply shaken by the incident, Reeves nonetheless insisted on the responsibility of bringing Bennie to justice. Bennie was subsequently captured, tried, and convicted. He served 11 years at Fort Leavenworth in Kansas before his sentence was commuted; he reportedly lived the rest of his life as a model citizen.

You can read more about Bass Reeves on Wikipedia.

I hope other parents faced with the challenge of unruly children are able to take hope from the story of Bass Reeves.  And do pray for your rebellious children, that God will also reach their hearts and steer them back to the Right Road.

Life: the time God gives you to determine how you spend eternity